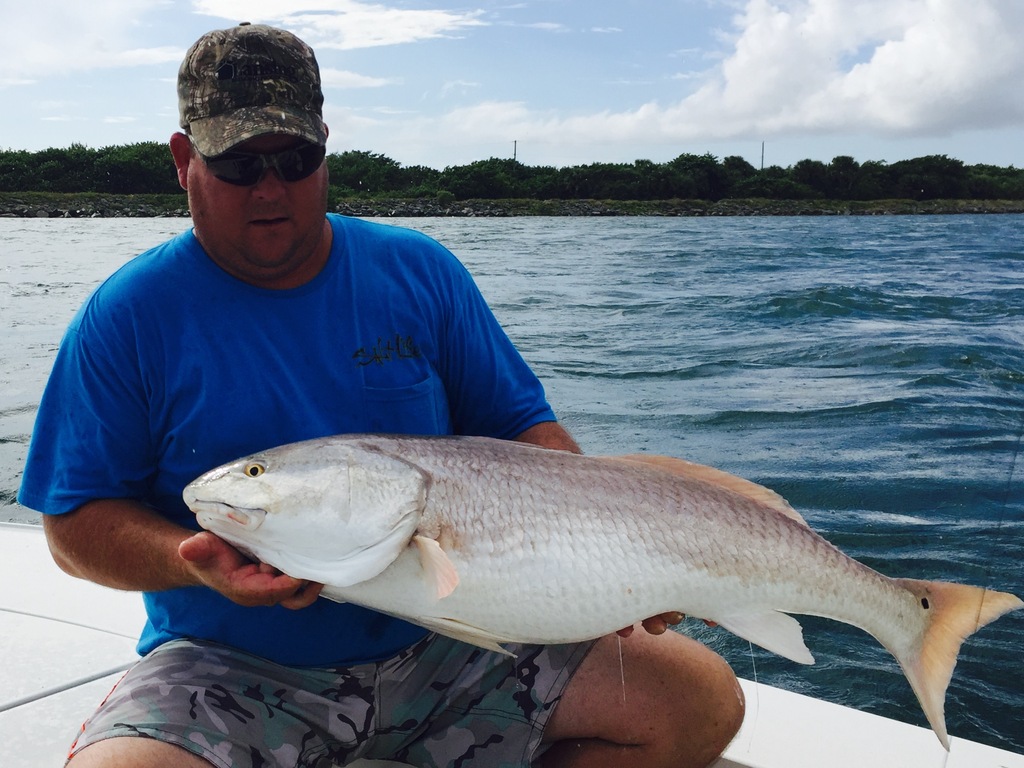 This month on the central east coast of Florida the weather has been a roller coaster. After Hurricane Matthew, the winds have increased and the water levels have risen! With all of the changes in the weather the pattern the fish patterns have changed along with it. The snook and redfish are still feeding pretty heavy in the Sebastian Inlet, but they moved to the Western side of the inlet. With the last couple of fishing trips in Sebastian Florida we pulled in double digit numbers. During both trips we started in the river and then moved to the inlet. Early in the mornings, on the Indian River Lagoon, the snook have been pretty consistent around the mangroves and islands. Most of the fish we catch are on artificial baits as well as live bait such as croaker and mullet.
The tarpon have been stacked up in most of the creeks such as Ballard Park, Turkey Creek, Crane Creek and Sebastian River. Our bait of choice are top water lures in the morning, and later, slow trolling live mullet or pitching greenies which have also worked well.

I received an A report from my brother who is also a captain and has been fishing down in the Vero Beach and Fort Pierce areas. On his fishing charters he's been hitting good numbers fishing for snook and trout for the last couple of weeks. Most of the fish have been pushed up against structure such as mangroves and docks due to the large amounts of fresh water in the river. Moving further south, he also mentioned the snook are crushing the mullet around the north bridge and surrounding flats in Fort Pierce during the evening hours on the incoming tide.

This concludes the East Coast fishing report for the month of October.