Battling a tarpon is an experience of a life time for the serious angler! The Tarpon can reach over 7 feet long and weigh over 200 pounds. Tarpon have been given the nickname, "The Silver King" by anglers because of the way sunlight would shimmer off of their silvery scales as they jump into the air. Inside the swim bladder of tarpon are spongy patches of respiratory tissue, much like in human lungs. In other fish, the swim bladder is normally used for buoyancy control, but tarpon are one of the only fish that use it to breath in low-oxygen water. The best way to locate tarpon is when they are rolling on the top of the water gulping air.

Sebastian, FL area has a strong Tarpon population, but it is seasonal. Beginning in April through July is the best time to target them in and around the brackish water rivers and creeks. They range in size from 20 to 80lbs in those areas. There are a few different ways to fish for them, such as slow trolling live mullet or throwing live pinfish under a popping cork. Tarpon are literally the most difficult to set a hook on because they have hard, bone-like mouths. Therefore, it is important to have a strong sharp hook, preferably a circle hook.

Off the beaches of Sebastian, Vero, and Fort Pierce FL , is where we find the adult tarpon. Most of these tarpon are over 80lb. These fish are very powerful and explosive. When you get one of these massive fish on your line it is important to have a heavy duty rod and reel, and strong line when fighting them. Having strong gear allows the angler to land the fish faster, which puts less stress on the fish, so there is a better survival rate on the release. When you get the fish to the boat or shore line, remember to always take your time reviving them, so they have enough strength to swim off and can get away from bigger predators like the black tip, bull, and hammerhead sharks. 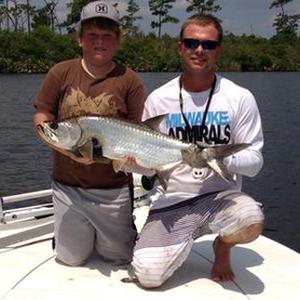 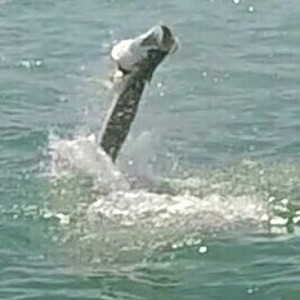 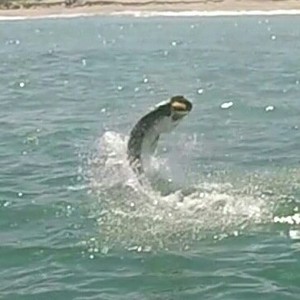 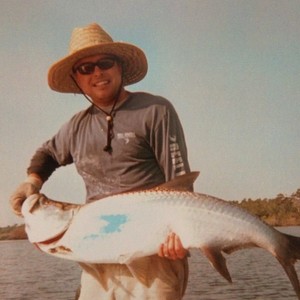 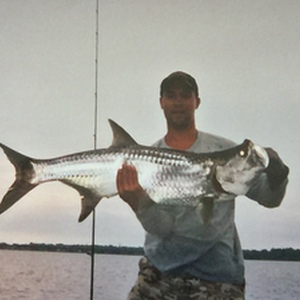 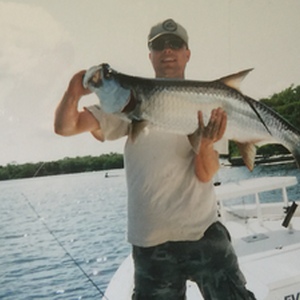 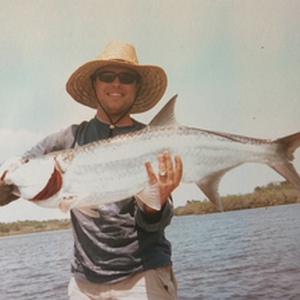 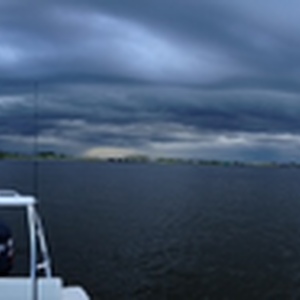